Posted 8 years ago by jenni

Developer:
Silver Bay Labs LLC
Based in Portland, OR

Caution, this is a new kind of game. It’s so intuitive that it inspires children to create their own games. You’ve been warned.

“It’s the first game where she’s told me ‘Dad, let’s make our own level!’ which made me swell with pride. We are using crayons working to make wireframes for her level idea!” – Gene Merrill

See what people are saying about Ronnie Robot.

What is Ronnie Robot?

It’s an exploration game that puts a miniature robot on the iPad.

As parents, we wondered if there were a better kind of kid’s game. Now we loved the other iPad games; they’re adorable, but we wondered how we could better use the tremendous potential of the iPad? After all, children are naturally explorers, engineers and in the words of researchers, “intuitive scientists.” Couldn’t we create a game that would more fully tap into these amazing traits?

Then it hit us: the surface of the iPad could become a little world! An ant farm where the ants are robots and the robots can build, explore, drive vehicles and (sometimes) become sad. It would be almost like a watchmaker made robots the size of a child’s finger, made them thin, wound them up and let them go. What would these robots build? What colors would they use to paint houses? What would make them angry or surprised, and how would they put out fires? 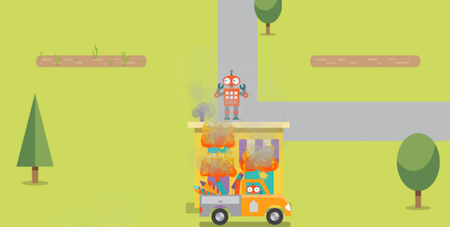 Clearly we needed help, so we found the best experts around… our kids! It hasn’t always been easy. They shot down so very many of our concepts and designs. However, they’ve always been kind, and eventually they started contributing their own thoughts and ideas to Ronnie Robot! Everything in the game (from what kinds of clothes a robot would wear to how fast a robot would drive a school bus) has had endless loops of feedback and improvements thanks to our children. They would tell us their ideas, and then after working hard on Ronnie, we would bring the app home and they would critique our work. They are harsh critics, but sometimes (and this usually happened after days of hard work), they would give us that “you did it right” smile, and of course, it was all worth it.

From our families to yours, Ronnie Robot has been a pleasure to create.

Ronnie Robot is free, and it has no advertisements. Children typically play the free Village Scene (it has over 80 achievements!) for hours and hours. They are never nagged for a purchase. If additional scenes are desired, they can be found in the non-obtrusive menu where they are protected by an age-gate.

Download all of the high-res images in a single zip file (1.4Mb) 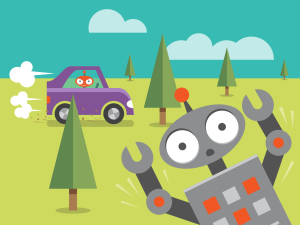 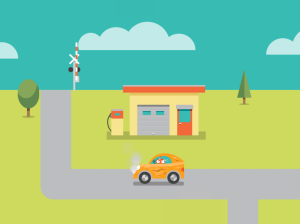 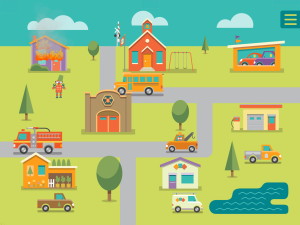 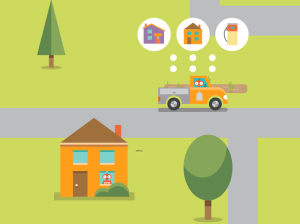 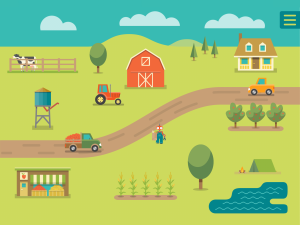 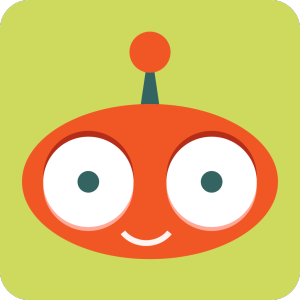 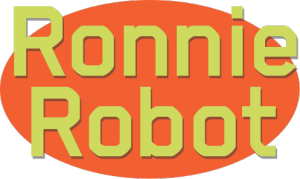